Presented is a 2017 Copa Del Rey Barcelona Players Trophy. It was was the 115th staging of the Copa Del Rey. Barcelona were the defending champions, and successfully defended their title following a 3–1 win over Alaves in the final. As winners, Barcelona would have been assured a place for the 2017-18 UEFA Europa League group stage; however, since they already qualified for the Champions League by finishing second in La Liga the berth was instead passed down the league.

This is one of the trophies presented to the players following Barcelona’s victory. Manufactured by legendary Spanish trophy manufacturer Alegre, who produces all of the major silverware, medals & trophies for Spanish competitions. Please note: these individual trophies that were presented to each member of the team are smaller than the actual Copa Del Rey Trophy presented to the victorious team. The trophy is accompanied by it’s original box.

Measurements/Specifics: The trophy measures approximately 5-1/2″ tall. It remains in it’s original Alegre FEF (Spanish Football Federation) trophy box with Alegre Madrid jewelers mark to the inside of the box, and the Copa Del Rey logo printed in gold to the outside of the box. 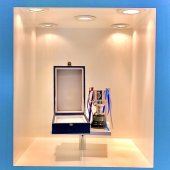 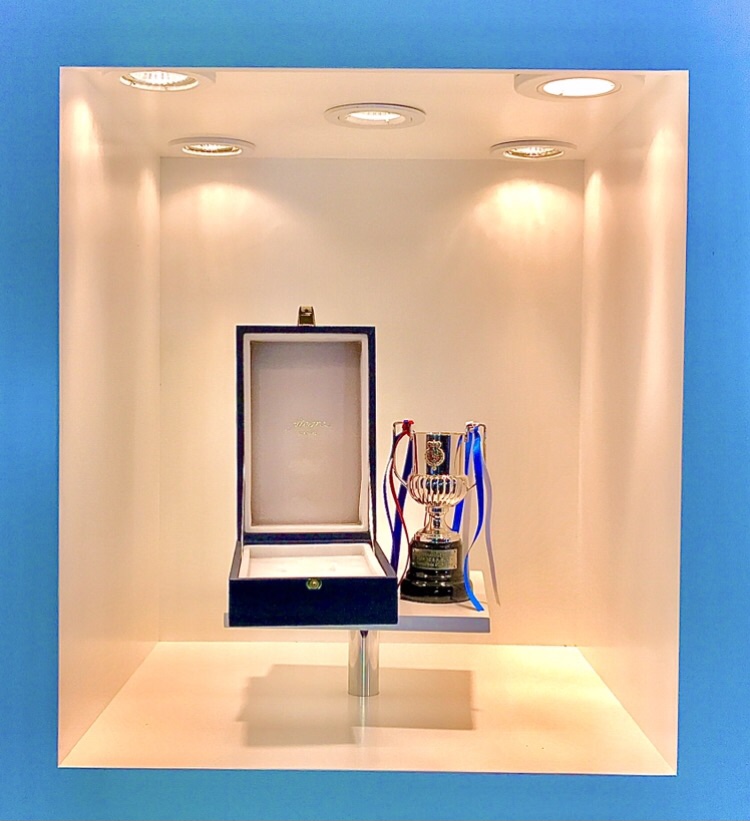 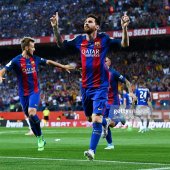 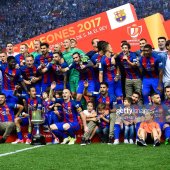 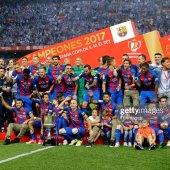 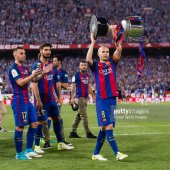 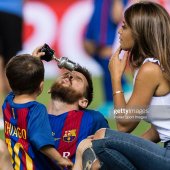 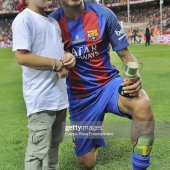 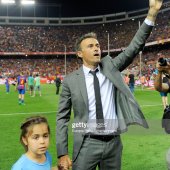 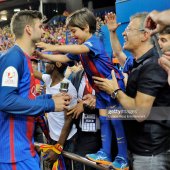 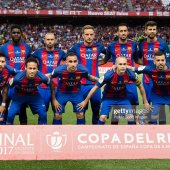 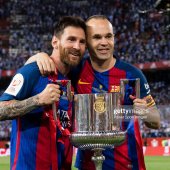 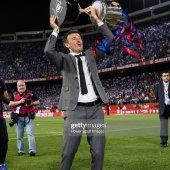 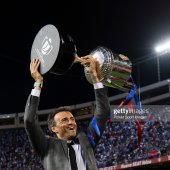 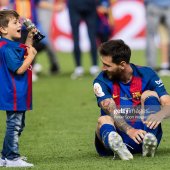