Dad's Army is a BBC sitcom about the British militia called the Home Guard during the Second World War. It was written by Jimmy Perry and David Croft, and broadcast on the BBC from 1968 to 1977. The sitcom ran for nine series and 80 episodes in total; there was also a radio version based on the television scripts, a feature film and a stage show. The series regularly gained audiences of 18 million viewers, and is still repeated worldwide.

The Home Guard consisted of local volunteers otherwise ineligible for military service, either because of age (hence the title Dad's Army) or by being in professions exempt from conscription. Dad's Army deals almost exclusively with men over military age, and featured older British actors, including Arnold Ridley, John Laurie, Arthur Lowe and John Le Mesurier. Younger members of the cast included Ian Lavender, Clive Dunn (who played the oldest guardsman, Lance Corporal Jones, despite being one of the younger cast members), and James Beck (who died suddenly during production of the sixth series in 1973). Other regular cast members included Frank Williams as the vicar, and Bill Pertwee as the chief ARP warden.

In 2004, Dad's Army came fourth in a BBC poll to find Britain's Best Sitcom. It had been placed 13th in a list of the 100 Greatest British Television Programmes drawn up by the British Film Institute in 2000 and voted for by industry professionals.

The series has influenced British popular culture, with its catchphrases and characters being well known. The Radio Times magazine listed Captain Mainwaring’s “You stupid boy!" among the 25 greatest put-downs on TV.[2] A 2001 Channel 4 poll ranked Captain Mainwaring 21st on their list of the 100 Greatest TV Characters. A second feature film of Dad's Army with a different cast was released in 2016

Comes with a certificate of authenticity from AFTAL registered dealer 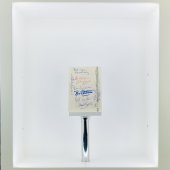 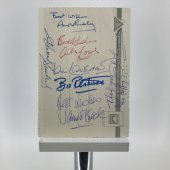 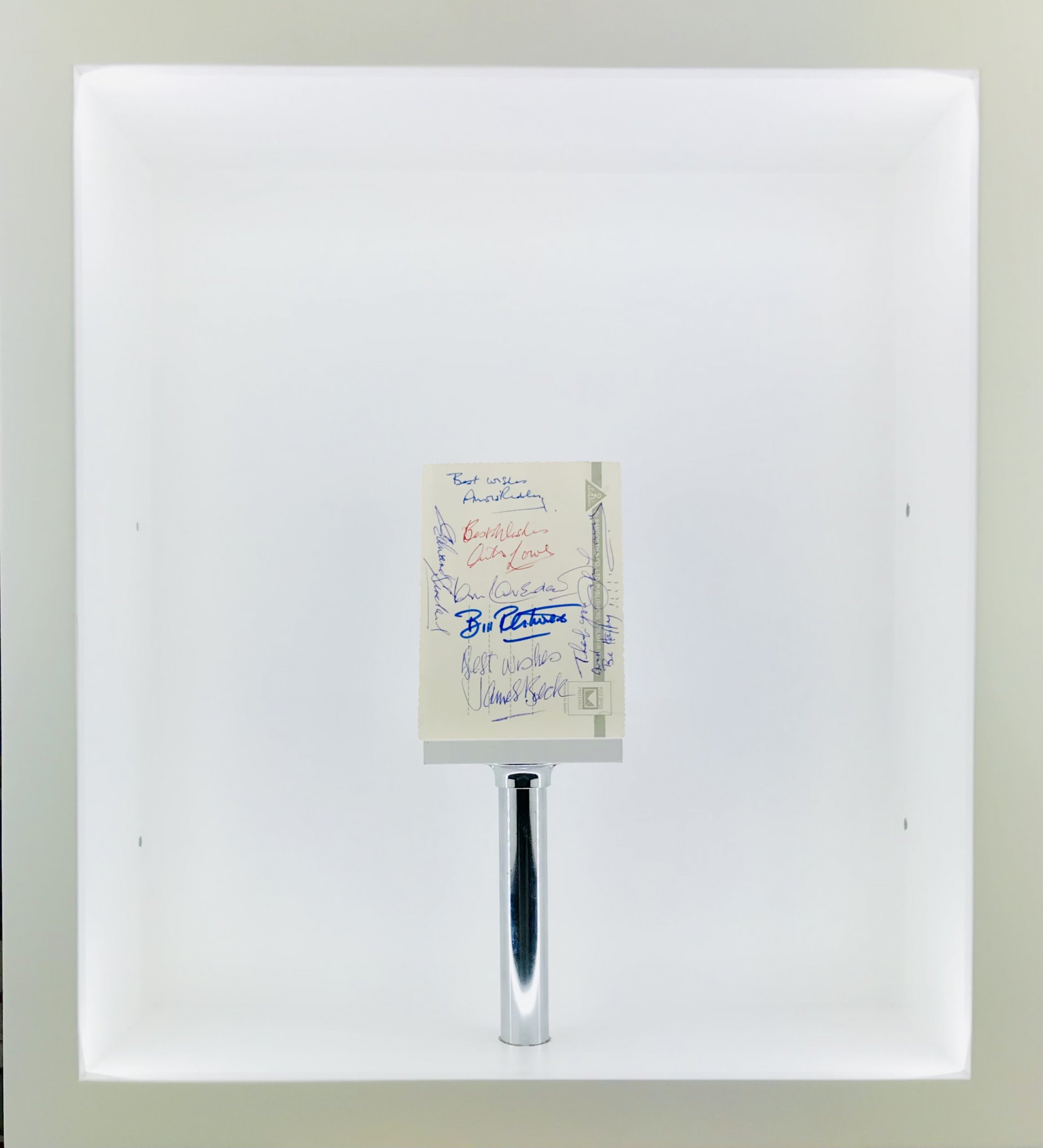 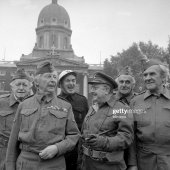 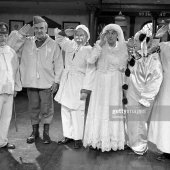